Back
Cat mansion
All applications
Metal world map as w…

Magnet ornament "The Battle of Alexander"

This mural is completely made up of small magnets!
Author: Simon Wachsmuth, Belvedere Wien, Austria
Online since: 09/04/2018, Number of visits: 100790 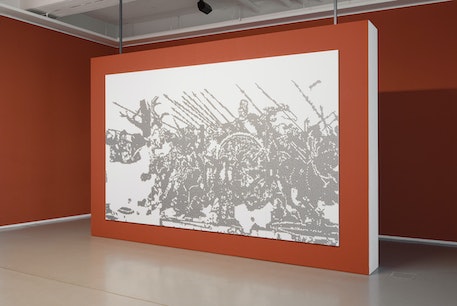 With meticulous handiwork, Simon Wachsmuth created a tableau that is entirely made up of small ferrite magnets. The picture was first exhibited in 2007 at the Documenta12 in Kassel and has since been in exhibitions in Vienna and Turin.
Only when you move up closer to the picture can you recognize the magnets. The effect is truly baffling.
It depicts a reconstruction of the famous Battle of Alexander mosaic from Pompeji, which is now exhibited at the National Museum in Naples. The magnets serve as a metaphor for the instability of historic conception and narratives. 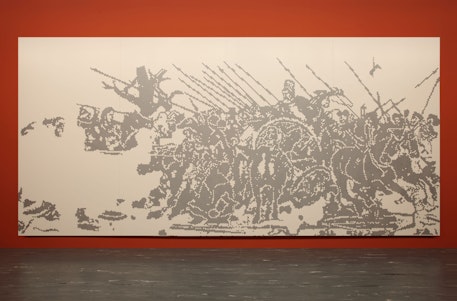 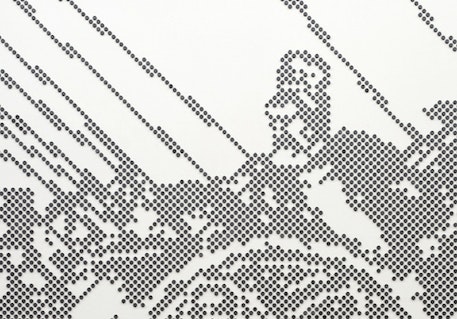 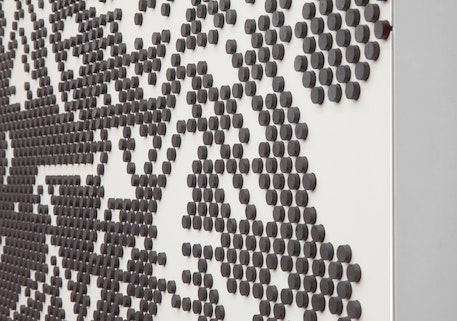 Here you can find other artist projects. 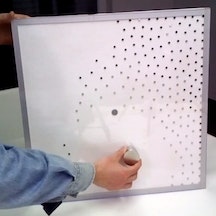 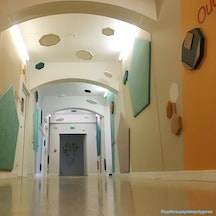 Acoustic insulation in the showroom 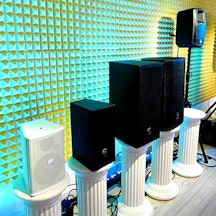 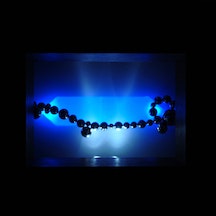