The history of magnets

The history of magnets begins in the centuries before our era. These days, magnets have become an integral part of modern life. Magnets are popular decorative items, practical everyday accessories at the workshop or warehouse and essential components for the electrical industry. But how did the story of magnetism and magnets begin? Here, we answer the most common questions and explain how magnets have evolved over the centuries.
Table of Contents

A brief history of magnets

The history of magnets is very complex, which is why we will only concentrate on the main milestones here. 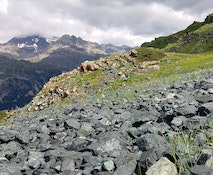 In Greece, the natural philosopher Thales of Miletus is the first to describe the attractive forces of lodestones in his writings.
You can find more information about the discovery of lodestones under Who discovered the first magnet? 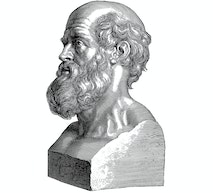 Healing powers were attributed to magnets from the very beginning. Doctors in antiquity believed that magnets could draw diseases from the human body. They arrived at this conclusion after observing that the magnetic field of magnets could attract iron objects even through wood. The first known healer to use magnets was Hippocrates of Kos, who lived from 460 – 370 BC. However, to date, the healing effects of magnets have yet to be scientifically proven. Learn more about this topic on our FAQ page Can I use magnets for jewellery?.
Nonetheless, magnets do play an important role in the history of medicine. In modern medicine, for instance, magnets can be found in MRI scanners and other applications.

The Chinese already knew how to utilise magnetism in ancient China. While searching for jade in the mountains, they used a type of compass so they would find their way home again. The needle of this ancient Chinese compass from the 2nd century BC was a spoon made of magnetite that pointed south. Appropriately, this compass was named "Si'nan", which translates to "pointing south". This spoon was placed on a plate with written characters. In China, the ancient compass was used to predict the future, orient buildings and for the teachings of Feng shui. Later, a fish figurine or turtle figurine replaced the spoon of the "south pointer"”. However, this version of the compass was too inaccurate to be used for navigation.
If you would like to learn more about the compass, you may find the below questions When was the compass invented? and What causes a compass needle to align? interesting.

1600: Earth’s magnetism and the origin of electricity

For a long time, there were three hypotheses as to what causes magnetism. Some scholars held the view that certain things on the surface of the earth were attracting the lodestones, others believed in a celestial source, and yet others thought that it was only the lodestone that was magnetic. In the year 1600, the physician William Gilbert (1544–1603) hypothesised that the entire earth was itself a magnet which was eventually proven with model experiments.
The story of magnets and electricity
The history of magnetism and electricity are closely connected. The electric charge was discovered in 600 BC when Aristophanes rubbed a piece of amber on animal fur and noticed that it attracted feathers afterwards. The rubbing caused the amber to become electrically charged, an effect that Aristophanes could not yet explain. William Gilbert rectified this situation in 1600, almost 2000 years after Aristophanes. He named this effect "electric". Since amber is called "élektron" in Greek, the link to the origin of the term is revealed.

Until the 17th century, natural magnets, i.e. pieces of magnetite, were the only magnetic source. Artificial magnets were first mentioned in 1730. During his experiments, Servington Savery had the idea of binding magnetic steel needles together, thus creating a so-called compound magnet. He discovered that the magnetic force was still present after six months. The permanent magnet was born. He also found that two magnetic poles, when joined together, could hold five times as much weight as they could on their own. This phenomenon is also at work in a horseshoe magnet.

1825: The first electromagnet is developed

The electromagnet is based on a discovery by François Arago (1786-1853). Using wires that were electrified, he managed to magnetise iron that was nearby. The Englishman William Sturgon (1783-1850) developed the first horseshoe-shaped electromagnet by twisting copper wire around an iron bracket. When the copper wires were electrified, the magnet could lift heavy iron goods. As soon as the electricity was removed, the goods fell off the magnet. By 1830, such electric horseshoe magnets could lift goods weighing up to 500 kg. 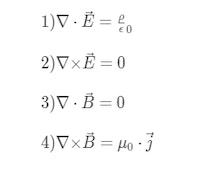 Physicist James Clerk Maxwell revolutionised physics in the year 1864 by finding a way to calculate all the electrical and magnetic effects of electromagnetism. His four Maxwell equations known today serve as the fundamental equations for electrodynamics. During his observations, Maxwell realised that electric and magnetic phenomena do not occur independently of each other. For more on this topic, see Maxwell's equations in our A-Z of magnetism. 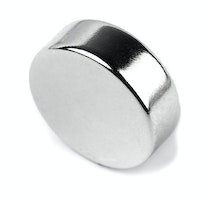 1982: The alloy for neodymium magnets is discovered

How many types of magnets exist today?

Today, in addition to natural magnets, there are also artificially created magnets. These can be divided mainly into permanent magnets and electromagnets.

Permanent magnets are made of magnetised ferromagnetic materials and are industrially manufactured. This type of magnet retains its magnetisation permanently, even after the magnetic field that magnetised it has been switched off. They also do not require electricity for their magnetic field. Permanent magnets include the neodymium magnets and ferrite magnets from our assortment. You can find out more about this type of magnet in our A-Z of magnetism under the topic permanent magnet and on our FAQ page ferrite vs neodymium magnets.
Go to the supermagnete shop

Fascinating questions about the discovery of magnets and magnetism 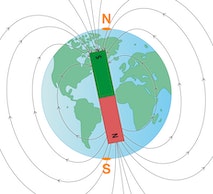 How are natural magnets formed?

The largest known magnet is earth itself. That's because our blue planet also has a magnetic field. This geomagnetic field is created deep inside the earth. More precisely in the outer core of the earth. Lava in the outer core contains molten iron and nickel. A complex interplay of the earth’s rotation and the flow of these liquid metals creates electricity, which in turn creates a magnetic field. When this iron-rich lava reaches the surface of the earth, it mixes with carbon dioxide and cools. This creates magnetite, an iron oxide. These pieces of magnetite rock still carry the former, naturally created magnetic field even after they cooled down. So, magnets are formed by volcanic activity.
Fact: It was only in the year 1600 when physician William Gilbert discovered that earth itself is one big magnet.

Who discovered the first magnet?

According to historical sources, it was the natural philosopher Thales of Miletus who discovered the effect of lodestones around 600 BC. To explain the attractive force of these natural magnetic rocks, he theorised that they must have a soul because the magnetic effects were always present and caused movements similar to living beings. However, no records written by Thales of Miletus survive. Instead, it is the writings of later Greek philosophers that serve as the source of these findings. Since Thales of Miletus was the first person to consciously perceive electricity and magnetism, the history of electromagnetism begins with him. 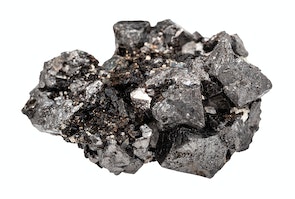 Where does the word magnet come from?

If you are interested in the origin of the terms magnet and magnetism, various sources provide two possibilities:

When was the compass invented?

When it comes to compasses used for navigation, a distinction is made between wet compasses and dry compasses. The wet compass has been known in China since ancient times. However, the Chinese did not use the 'south pointer' for navigation until the 11th century. The wet compass is known as the 'south pointer' because south was marked as the main direction of the compass. In 1269, Petrus Peregrinus de Maricourt invented a magnetic needle positioned on a pin in a dry setting. He described this in his work 'Epistola de magnete'. Today’s compass with its characteristic compass card was created in the 13th century.

What causes a compass needle to align?